US Citizens Detained and Deported

The Deportation Research Clinic has assisted many U.S. citizens unlawfully detained or deported by the U.S. government and worked to bring their cases to the attention of the public. 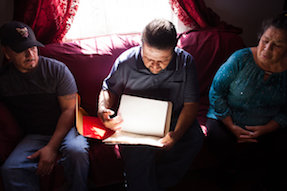 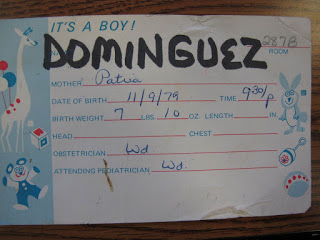 Roberto Dominquez was born in Lawrence, Massachusetts and thus a U.S. citizen at birth. Nonetheless, he was banished for ten years to the Dominican Republic.

In 2009, he obtained his U.S. passport and returned home. In 2011, after Roberto filed a lawsuit for his wrongful deportation, the State Department revoked his passport. After being approached by the Deportation Research Clinic, The Cardozo Law School Immigration Justice Clinic has been representing Roberto since September 2013, and has gone to federal court demanding his own government recognize him as a U.S.citizen. (The photo is of his original basinette tag.)

For more background on this case, please go here.

Andres Robles was 19 years old in 2008 when Immigration and Customs Enforcement (ICE) agents in Louisiana ignored his claims of U.S. citizenship, as well as their own files that readily affirm this status, and deported him to Mexico for three years.

Eventually U.S. Citizenship and Immigration Services (USCIS) saw fit to issue him a Certificate of Citizenship, but there was a problem. Since the government had deported him, the government could not provide him with the certificate. Andres eventually made his way back in, thanks to the persistence of immigration attorney Larry Fabacher, who had to badger the U.S. government for months after the USCIS confirmed Andres's U.S. citizenship.

Just days after Andres returned to the United States with a U.S. passport card in August 2011, ICE issued ANOTHER immigration detainer against him, causing several more days of illegal detention. Following several unsuccessful efforts by his older sister, Maria, to obtain legal counsel seek remediation, civil rights attorney Andrew Free, who represents the Deportation Research Clinic in our FOIA litigation, stepped in at the request of the Clinic and filed suit.

Extensive discovery ensued, including revelations that the government was well aware of their mistake and were doing nothing to remedy it. Finally, on May 1, 2015, the United States Government agreed to correct Robles's records of all references to his "alienage" and deportation, and to pay Andres $350,000 in damages.

For more information on this case, please see here.

In 2008, a jury found Esteban Tiznado Not Guilty of Illegal Reentry because of documents and testimony affirming his U.S. citizenship. Immediately after, ICE ignored the verdict and deported him. The Clinic obtained records under the Freedom of Information Act (FOIA) and revealed that Citizenship and Immigration Services in the 1980s hid evidence that would affirm his U.S. citizenship.

Tiznado is presently living in the United States following Ninth Circuit remand of his case, but ICE still is trying to deport him and he is unable to obtain government documents and the consequent protections and rights of U.S. citizenship.  Al Jazeera documented his case in 2013. (Photo: Esteban Tiznado, photograph by Border Patrol in Arizona desert after capture on February 23, 2011.)

United States citizen Mark Lyttle, deported to Mexico, collects $175,000 from settlement of lawsuit brought against the federal government. Clinic Director Jacqueline Stevens obtained Lyttle's file under the Freedom of Information Act (FOIA) and brought his case to the ACLU.